A CPU Cooler is a device that keeps your processor temperature in check and prevents it from overheating. Every CPU or processor comes with CPU cooler at the time of purchase. A CPU Cooler is a combination of a heatsink and fan that draws power from your motherboard. OEM or Original Stock CPU Coolers that comes bundled is only good for normal usage and even in some cases they are also not quite effective especially in India where the temperature can go insanely high in summer. And if you are a performance enthusiast, overclocker or a hardcore gamer then you will be requiring a good aftermarket cooler to keep your CPU temperature down.

Here is a complete guide on finding a good aftermarket CPU cooler for your processor:

Here are the advantages of getting a good aftermarket CPU Cooler for your processor.

Important Thing To Do Before Installing a CPU Cooler

The most important thing to do when installing a CPU Cooler is to apply a good quality thermal paste on it. Generally CPU Coolers do come with the thermal paste applied but you can always buy a better one of your choice if you feel that the pre-applied thermal paste is not good enough. Here are some good and high performance thermal pastes recommended by me.

You can also read the guide below on selecting a good thermal paste for your heatsink or cpu cooler.

Let’s get started with the best budget CPU coolers in India. These CPU Coolers support almost all the Intel and AMD processors that are being listed below:

Here are best CPU Coolers under 3000 Rupees that you can buy in India. You don’t need to spend 5000 Rupees or more to get a good CPU Cooler as you can find them at much cheaper price.

Cooler Master Hyper 212X is one of the best CPU Coolers that you can find under 3k rupees. It is a high performing and efficient CPU Cooler that can bring the temperature of your processor down to great levels as compared to the Stock CPU Cooler. 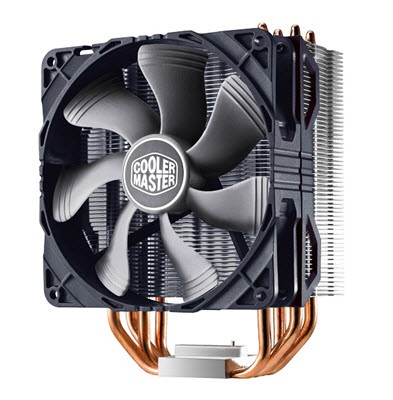 Cooler Master Hyper 212X CPU Cooler heatsink comes with 4 copper heatpipes with patented CDC (Continuous Direct Contact) technology that creates a gap-less contact surface and improves the cooling efficiency. The heatsink is made of aluminum having optimized fin design. This CPU Cooler supports all current CPU Sockets whether Intel or AMD. The fan is big at 120mm and is super silent in operation. This CPU Cooler can lower down your CPU temperature to 15 – 25 °C (or more) which is quite amazing.  So if you are thinking of buying a high performance CPU Cooler for your Gaming and Overclocking needs under budget of 3000 rupees then Cooler Master Hyper 212X is a must buy. Highly Recommended by me.

A high performance and value for money CPU Cooler that costs half of Cooler Master Hyper 212X CPU Cooler. Arctic Freezer 7 PRO Rev.2 is an amazing budget CPU Cooler that does not compromise on performance. It is compatible with all Intel and AMD Sockets. The CPU Cooler comes pre-applied with high quality MX-2 thermal compound. The heatsink consist of three copper heatpipes which helps in increasing the efficiency of cooling. 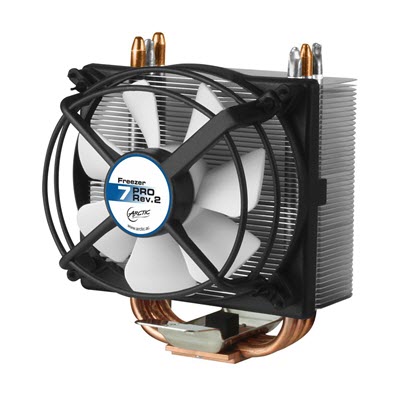 Arctic Freezer 7 PRO Rev.2 can lower your CPU temperature to 10 – 20 °C or more depending on the conditions. It has large and silent fan that is very effective in its operation. You can install this CPU Cooler in any direction on your motherboard as it comes with multiple mounting direction support. So if you want a high performance and budget CPU Cooler under 1500 rupees then you cannot ask better than Arctic Freezer 7 PRO Rev.2 CPU Cooler. Recommended by me.

A decent CPU Cooler from Deepcool which is known for its cooling solutions and most particularly laptop cooling pads. It may not be as good as Cooler Master Hyper 212X but it will do the job for you. Deepcool GAMMAXX 400 CPU Cooler supports all the major Intel and AMD processor sockets and comes with four copper heatpipes for efficient cooling. 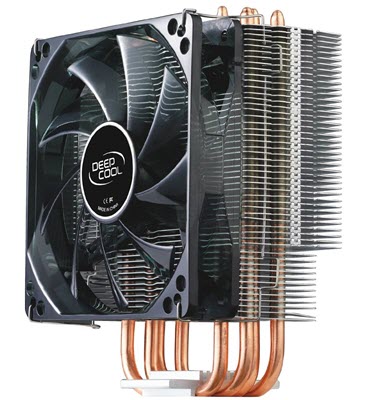 The fan has relatively lower RPM and is quite silent in operation. There fan has blue LED that glows and looks very cool in dark. There are extra fan clips provided to add another fan to increase the air throw for extra cooling. This CPU Cooler from Deepcool can lower your processor temperature to 10 – 15 °C or may be more. You can get this CPU cooler at around 2k rupees in India. 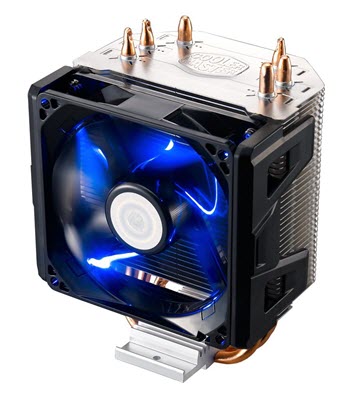 Cooler Master Hyper 103 can effectively reduce or lower your CPU temperature to 15 – 20 °C or more. This CPU Cooler is very well priced and you can get it around 1700 rupees which I think is a steal.

Antec is a highly reputed company that is famous for its high quality SMPS and PC Cabinets. Antec A40 is a high quality CPU Cooler with Aluminum heatsink and four copper heatpipes. This CPU Cooler supports almost all the current Intel and AMD Sockets. The fan is very quiet and has relatively lower RPM. This CPU Cooler has small form factor & lower height and it can fit in wide range of cabinets. 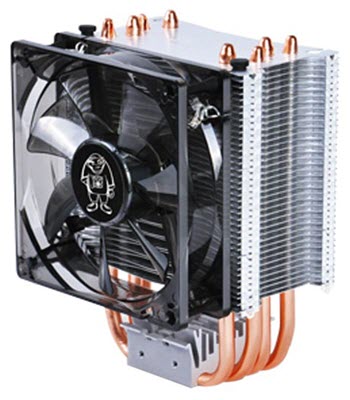 Antec A40 CPU Cooler can lower the temperature of your processor to 15 – 20 °C or may be more. Overall a high performance and reliable CPU Cooler that you can get at around 2000 rupees in India.

Here I have listed all the best budget CPU Coolers that are compatible with all the current Intel and AMD based Sockets. If you have queries regarding which CPU Cooler you should buy and which one can fit in your cabinet then you can ask me by leaving a comment below.