A CPU (Central Processing Unit) or Processor is the heart of a computer. It is the place where all the processing of Instructions and Computation takes place. We can also say that it is the most important component of your computer whether it is a desktop, laptop or a netbook. Here it must be noted that the word cpu and processor implies the same thing, so do not get confused between these two terms. 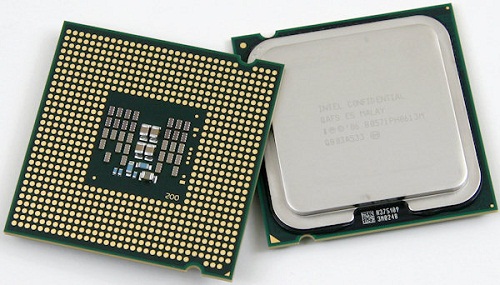 Processors have become very fast over the years. Also they have become smaller in size and also consumes less power for their operation. Processors come in different specifications and speeds that can difficult for customers to decide about which processor to get or which processor is right for their requirements or work. So here is a detailed buying guide on selecting a suitable processor for your PC.

Important Things to Look for in a CPU / Processor

Here are some of the very important things that you should keep in mind when choosing a processor for your PC (Personal Computer) / Desktop Computer.

Intel and AMD are the two major processor / cpu manufacturers in the world. Intel is a bit more popular than AMD among the users because of their reliability, performance and trust. But AMD processors are also equally good and are a bit cheaper than their Intel counterparts. AMD offers very good value for money processors with decent performance. 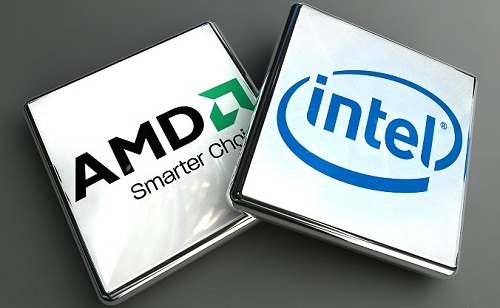 AMD processors had some problem of overheating of their processors (high cpu temperature) in the past but this issue is not present anymore in its present generation of processors. Both these companies are very good in producing quality and performance cpu’s, so it is up to the personal preference of the user on which one to get.

Present day processors come with multiple cores that makes them very efficient and they delivers better performance than the single core processors, which are not manufactured anymore. Cores are the computing or processing units of processor that processes a given set of instructions. These cores work in parallel to simplify and execute a complex task much faster. These CPU cores divides the processing load among themselves and executes instructions much faster than with processor having a single core with same clock speed. 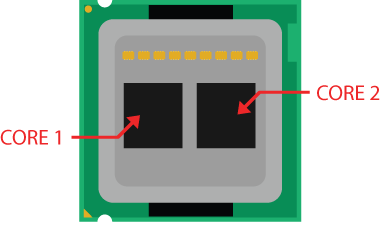 Modern day Processors comes in Dual core, Quad core, Hexa core, Octa core and so on. More is the number of cores, the powerful and faster is the processor and greater is its multitasking ability. If you want a computer for normal office work, watching movies, internet and casual gaming then I would advise a Dual Core processor, but if you are a power user who runs heavy duty applications, demanding games then a Quad core or higher processor (having more cores) is what you need.

Speed of a Processor, which is technically known as Clock Rate is measured in hertz (Hz). Present day processors are very fast and their speeds are found in Gigahertz (GHz). More speed generally means more performance but it is not true always, because a Quad core processor clocked at 2.2 GHz will perform far better than an average Dual Core Processor clocked at 3.0 GHz. The number of cores and newer technology matters more than just the speed of the processor. So keep this thing in mind when choosing a processor for your PC.

Cache is a very fast temporary storage memory which is used to speed up the processing of the CPU. It is the place in the processor where all those instructions are stored temporarily which are used frequently by the processor, so that they can be made available to the processor at blazing speed. Cache is a small high speed memory that is built-in the processor. The size of the cache varies from processor to processor. Present day processors have cache size ranging from 2 MB to 16 MB. 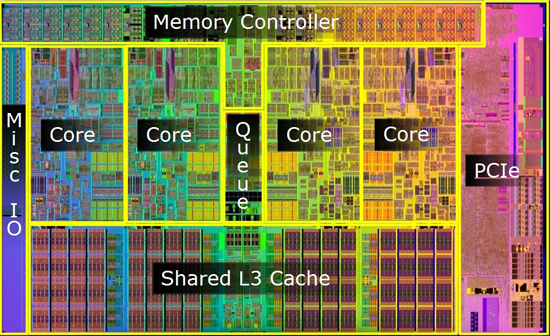 There can be many levels of cache memory like L1, L2, L3 depending upon the processor architecture, model and manufacturer. A processor with more cache will perform better, faster and offers greater multitasking ability. For normal day to day office work, internet and basic tasks a processor with 2 – 3 MB cache is enough, but if you run heavy duty applications and games then get yourself a processor having 4 MB or more cache.

Price is not an important factor as you cannot get every feature in a specific price range, but if you are really on tight budget then I recommend AMD processors as they have very good performing processors in the lower price range.

How to Find a Good Motherboard

If you have any queries on which processor to get for your PC then you can ask me by leaving a comment below.