CPU or Processor is the most important component of your computer. For proper functioning of your computer your CPU should be in good condition and operating within the safe temperature range, because if your CPU is operating too hot then you will face many problems and issues that are discussed below in this article. But first we learn about the safe operating temperature range for a CPU.

Safe Temperature Range for a CPU

Normal or Safe average temperature range for a CPU is in between 30 °C to 55 °C. Temperature in between 55 °C to 60 °C is very hot and above 60 °C is where should worry about and take necessary measures to keep it in the safe range. Here we are talking about the average or normal running temperature and not the temperature at a particular point of time because your CPU can shoot up to 60 °C or higher for few seconds if it is doing some heavy tasks or is under some load.

Here are some harmful effects that can occur because of CPU overheating.

Your CPU may get damaged and becomes useless because of constantly running at high temperatures or due to overheating.

CPU life also gets reduced if it runs very hot every time you turned on your PC.

You will encounter loss in the performance of your CPU and thereby the whole Computer if your CPU is running very hot.

Why your CPU is getting too hot?

Some major reasons for overheating of your CPU.

Some viruses and malware can run some illegal processes in the background that can cause high CPU utilization (mostly 90% – 100%) leading to high CPU temperature.

If your operating system files gets corrupted by viruses or by any reason then it causes improper OS behavior and functioning leading to high CPU utilization and high temperature of the CPU.

Failure or Improper working of your CPU fan can lead to excessive temperature increase of your CPU. This may be because either your fan has died or it is spinning slower than its normal speed.

Dust and Dirt accumulates over the time on the fan and heatsink of the CPU, causing lower performance of the fan and lower heat conductivity by the heatsink, as dust is a bad conductor of heat. 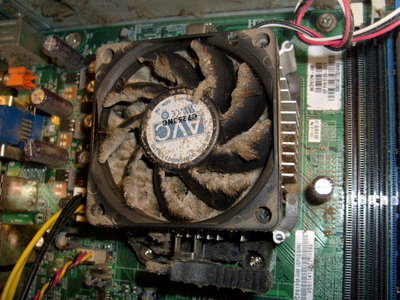 Dust in CPU Fan and Heatsink

Things to do when CPU is getting too Hot

Here are some important measures your can take to reduce the temperature of your CPU.

It is better to reformat and re-install your Windows OS rather than fixing it if you are getting high CPU utilization. It is because the damage done by viruses / malware leading to corrupt Windows OS system files and processes cannot be repairable sometimes.

Check if your fan is working properly and spinning at the normal or specified RPM (revolutions per minute). If it is not then you should replace it another new one.

Clean your Heatsink and Fan with a soft brush and small vacuum cleaner as dust and dirt accumulates on the heatsink and fan over the time.

Thermal Paste / Thermal Grease or Thermal Compound is a high heat conducting paste that is applied on the CPU / Processor before installing a Heatsink and Fan unit on it. It is used to fill the gaps between the heatsink and CPU surface, which allows better heat conductivity so that maximum amount of heat can be transferred to the heatsink and the CPU can be cooled down quickly. Thermal Paste can die and become useless after some time and it should be replaced with new one. There are also some cheap thermal paste available in the market in small pouches that you should avoid completely. I advise you to get a good thermal paste from good brands like Cooler Master, Deepcool etc. and it comes in Injections for easy application. 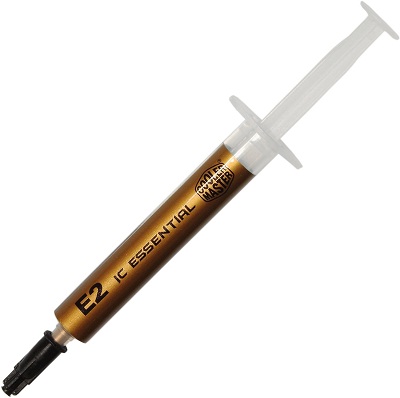 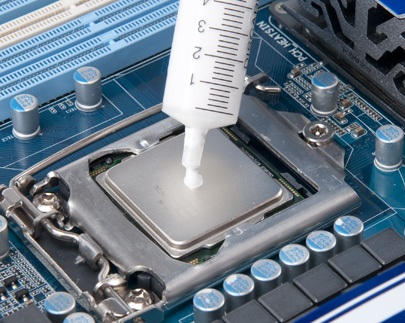 You can also get a high performing third party heatsink and fan combination for better cooling of your CPU. They do cost a bit more but are more efficient in keeping your CPU temperature down than the ones that comes as a stock with the processor. 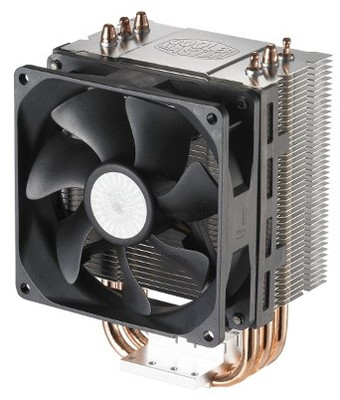