Processors of mobile devices i.e. smartphones, tablets etc. have become very fast and advanced which allows you to complete any task with ease. Smartphones and Tablets processors are also known as mobile SoC or System on a chip as all components like digital, analog, mixed signals, radio frequency functions, graphics, memory controller etc. are integrated on a single chip. Currently there is a huge competition in the mobile processors segment because of the growing demand and use of Smartphones, Tablets and Netbooks. 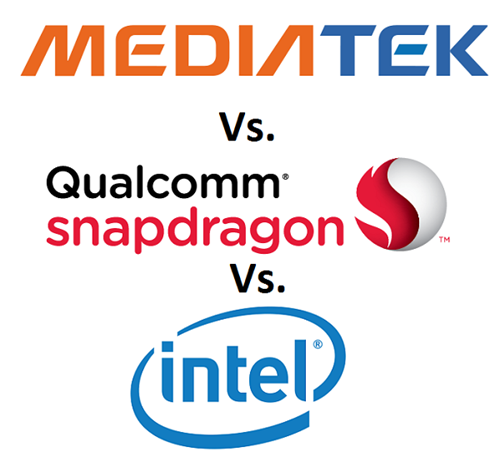 Like desktop and laptop processors, processors of smartphones and tablets have improved a lot both in the performance and power consumption departments. Here in this post I will tell you about the major smartphones & tablets processors which include MediaTek, Snapdragon & Intel and also compare them in various departments.

Here below is the brief overview of MediaTek, Snapdragon and Intel mobile processors. 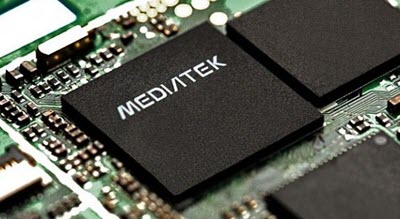 MediaTek is a fabless semiconductor company headquartered in Taiwan. It is relatively new in manufacturing processors for smartphones & tablets but has gained wide popularity and reorganization in smartphones industry because of their cost effective processors. MediaTek processors are generally cheap and are they are widely used in budget to mid-range smartphones. MediaTek range of processors includes single core, dual core, quad core, hexa core, octa core and deca core processors.

It is rumored that the upcoming smartphone Meizu Pro 6 will have Helio X25 processor in it. 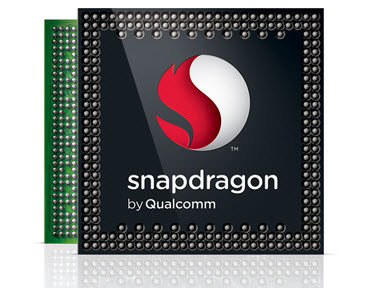 Here are the all processor models from Snapdragon.

Snapdragon 820 is one of the fastest mobile processor ever built.  It is a 64-bit Quad core processor (Kyro) that can reach speeds to up to 2.2 GHz. The GPU in Snapdragon 820 SoC is Adreno 530 which is more than powerful enough to play any latest HD game. Snapdragon 820 can support 4k Ultra HD display, Quick Charge 3.0, NFC, X12 LTE, 25MP camera, Hexagon 680 DSP and much more features.

Snapdragon 821 processor has been launched by Qualcomm recently and it is about 10 percent faster than the Snapdragon 820 processor. 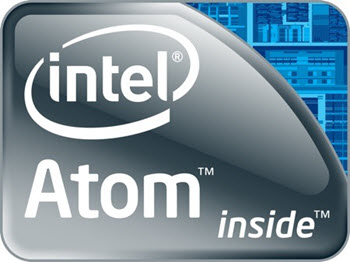 Intel as we all know is the world leader in manufacturing computer processors. Intel has now begin using their Atom range of processors in some of the smartphones and tablets. Intel Atom range of processors are low powered (i.e. low voltage) & high performance based processors for mobile devices i.e. Netbooks, Tablets and Smartphones. With Intel Atom processor you will get more battery life from your smartphone, tablet or netbook as they are very well optimized. There are only few smarpthones equipped with Intel processors and they are: Asus Zenfone and Asus Zenfone 2. Intel is no more in the smartphone’s mobile processors business.

Here is a general and technical comparison between MediaTek, Snapdragon and Intel Atom mobile processors.

Well at the end I would like to say that each processor has its own plus points. So if you are going for a Smartphone under Rs. 15k then MediaTek processors offers excellent value money, and if you are getting a smartphone in price range higher than 15k then Snapdragon processors are the ones to choose as they offer excellent performance and features. But now MediaTek has also started manufacturing high-end processors like MT6752, MT6595 which offers similar or sometimes better performance than equivalent Snapdragon counterparts. So they are giving a tough competition to the Snapdragon processors.

Intel processors for smartphones are very new in the market and only few smartphones have them, but they have shown very good performance in benchmarks and real world applications. Also battery on Intel Atom processors last longer as they are very efficient in power management keeping the performance intact. So it’s now your choice to decide on which processor to choose as I have explained and compared each one of them very clearly.

For both Performance and Affordable Price (Value for Money) – Mediatek

Result: If I have to conclude then the overall best processor is the Snapdragon.

Update: Intel is officially shutting down its Atom Processors for Smartphones which means you won’t see them around now.

Important Note: It must be noted that higher number of cores does not always equates to better performance. The main thing that matters in a processor is its architecture.

Have Any Queries? Then Ask me

If you have queries regarding these mobile processors or want to know which one you should go with then do not hesitate and ask me by leaving a comment below clearly stating your requirements or needs.