Railways or Trains is the most popular and preferred mode of transportation in India. Over lakhs of people travel in trains every day and this makes it the backbone of transportation in India. The reasons why people prefer trains so much is because it is comfortable, relatively cheaper and faster than bus or other road transport. There were times where you only have to manually book the tickets by going to the railway stations but now it has become much easier as you can now book railway tickets on your computer on the IRCTC and other travel websites. Also there are various Indian Railway Apps available now which can be very handy in booking tickets from your mobile phones and you can also get the PNR status, train status and whole lot of other information regarding various trains and stations in India.

Here are the various tasks that you can perform on these Indian railway apps:

Here are best Indian railways apps for android, iOS and windows phone that are free to download and use on your smartphones.

The official mobile app for IRCTC website in India. Indian Railway Catering and Tourism Corporation or IRCTC is an Indian Railways body that handles all the tasks related to catering, tourism and online tickets of Indian Railways. 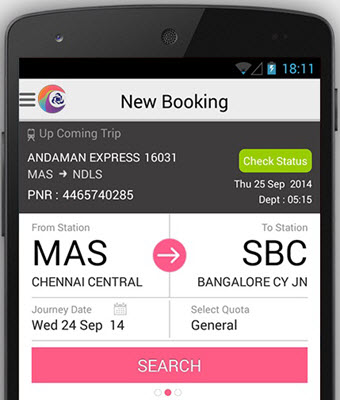 If you have an account on IRCTC website then you can login with the same details on this IRCTC connect app.  You can also create new account using this IRCTC app. Using the IRCTC Connect app you can book train tickets from anywhere on your smartphone. You can also view the trains information and whole lot of other details on this IRCTC app from Indian Railways. IRCTC mobile app is available for Android, iOS and Windows Phone.

Not an official Indian railway app but a very good third party app for finding the trains information and also the PNR status of your tickets. This Indian railway app has a very simple user interface that makes it easy to work with. The app has various features that include train search, train schedule & coach, PNR status enquiry, seat availability, fare enquiry, live train status, book/cancel tickets, live station info. Overall a very good Indian Railway App that you must have on your smartphone. The app is available for both Android and iOS platforms. 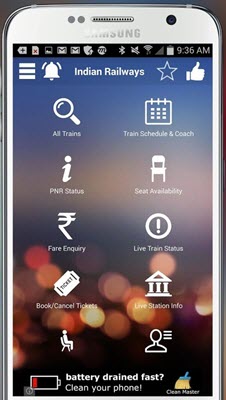 National Train Enquiry System or NTES is the official Indian railway app by Indian Government developed by Centre for Railway Information Systems or CRIS. This official India Railway app is must have app for Indian passengers and it can be used to get train schedule & other information regarging PNR status, live station reports and other information related to trains and stations in India. National Train Enquiry System or NTES app is available for Android, iOS, Windows Phone and Windows Desktop PC. 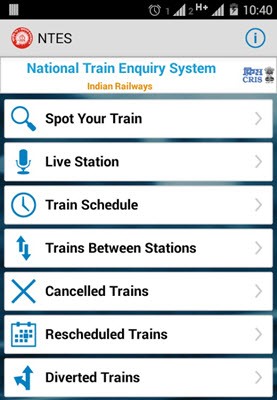 The official app for the eRail.in website which is one of the largest train search and PNR status inquiry website in India. Using this Indian railway app you can get the complete information about trains and tickets. You can find trains between 2 stations, train routes, PNR status, seat availability & status, fare and more. eRail.in App is very popular, reliable and is available for Android, iOS and Windows Phone. 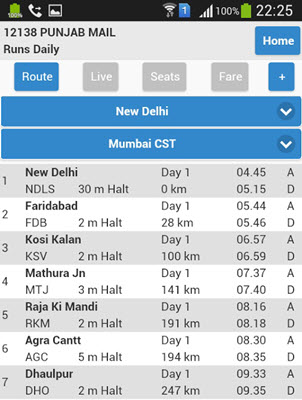 An unofficial Indian railway app that is quite popular. The app has very simple user interface and is very easy to use. Using this app you can check PNR status, train schedule and other useful information related to trains and tickets. This Indian railway app is only available for android mobile phones and tablets. 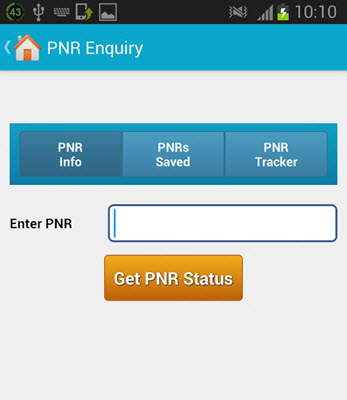 A very good Indian Railway app from RailYatri.in that is known for its GPS based live train status and tracking. This app has many features that include PNR Status Predictor, PNR Status enquiry, Train & Station info, Trains schedule, food ordering, fare enquiry, find trains between stations and more. This app can also be used to book bus tickets and hotels. The app is very well optimized and it has very low battery and data consumption. Overall a very good app from Railyatri and you can download it for free on Google Play, App Store and Windows Store. 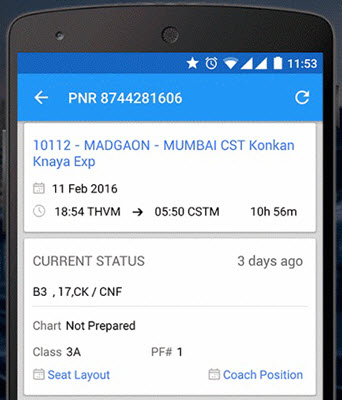 Railgadi is a relatively newer Indian Railway App compared to others in this list, but it is becoming one of the best Indian Railway Apps because the app has very good user interface and packs lots of features compared to other Indian railway apps. This app offers great features even in offline mode i.e. when you are not connected to the internet. You can track your train running status offline, track routes offline and also can locate nearby station within 200KM when you are offline. The app covers more than 10500 stations and more than 11000 trains with all their detailed and updated information. 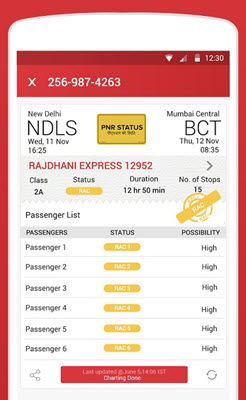 I have listed the best Indian railways apps for Android, iOS and Windows Phone OS here. These official and unofficial Indian railway apps are completely free to download and can be of great help to the passengers traveling by trains in India. If you have any queries or want to suggest any other good Indian railway app that is worth adding then you can reach us by leaving comment below.