Must Read: List of All Fingerprint Sensor & IR Blaster Phones

ICE Unlock Fingerprint Scanner is a fingerprint lock screen app for android devices without a fingerprint scanner. This apps works by taking the picture of your finger and then it matches your fingerprint against the picture previously taken and if the match is successful then your phone will be unlocked. This method of finger lock and unlock is completely touchless but a bit more time consuming. This fingerprint scanner lock app works on ONYX HD Authentication Engine and it just works fine. This app is completely safe and secure to use and it does not slows down your android smartphone. 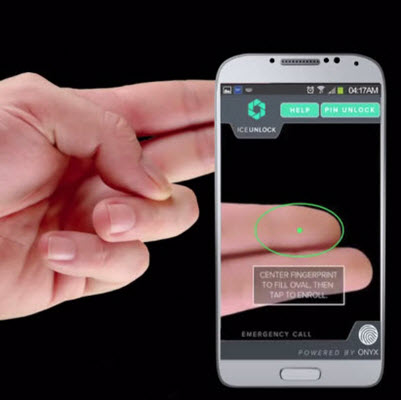 This fingerprint lock screen app requires a rear camera with flash. There is no requirement of a physical fingerprint sensor to use this fingerprint screen lock app. The devices whose camera does not focus on close objects are not compatible with app and this app does work on them.

App Lock – Fingerprint Unlock is a very good and feature rich fingerprint lock screen app for Samsung and Android 6.0 devices. This free fingerprint app lock is very tiny in size but is loaded with features and functionality. With this fingerprint screen lock app you can protect your wi-fi, Bluetooth, incoming calls, installation / uninstallation of apps, play store, browser, settings or any other android app that you can want to be protect from unauthorized access. 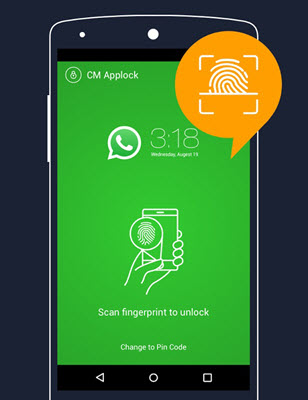 This fingerprint locker app has a nifty feature known as intruder selfie to spot the snooper. If anyone tries to gain unauthorized access to your apps or phone then this app takes the selfie of that person and emails you on your registered email address. It also lists down the time and date of the image taken. This fingerprint unlock app has additional settings that allow you to use pattern (gesture) or pin code (numbers) as password. This CM AppLock is completely free to use and download and there are no annoying ads when you use this app. Overall it is one of the top fingerprint locker apps that you must try. Highly Recommended by me.

App Lock is also a very nice security app to lock and unlock any app or your phone using PIN, Pattern or Fingerprint. Fingerprint Lock works only on supported Samsung and Android Marshmallow devices. The user interface (UI) of this fingerprint lock app is very simple but is beautiful in design. This app is very simple to use and operate. 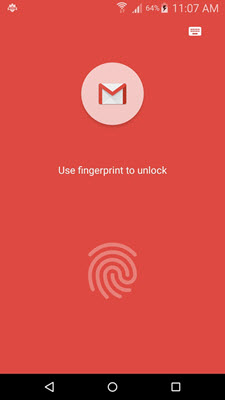 Using App Lock you can lock your entire phone, individual apps, email, messages, photos etc. using secure application lock or fingerprint app lock protection. This fingerprint lock screen app supports more than 10 languages. It is a complete fingerprint lock app that you can download and use it for free. 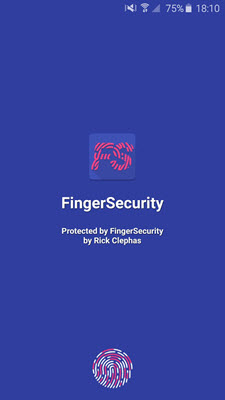 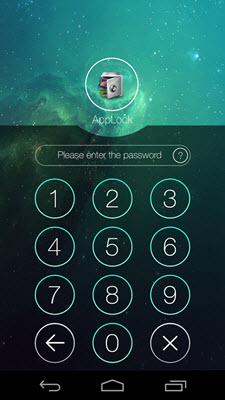 AppLock is not resource hungry and uses low memory. This fingerprint lock app also has a power saving mode to save battery. It is a must have security app for your android mobile phone.

AppLock Security and Privacy is an locking app that can prevent your android phone from snoopers trying to gain unauthorized access to your phone. The various locking methods include password lock, pattern lock. 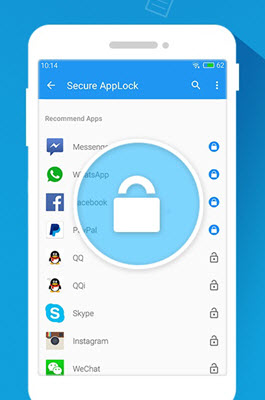 Using this fingerprint lock screen app you can lock any app using the various locking methods which i have mentioned above. It also include intruder selfie feature where the app captures the picture of the intruder and save it on the phone. It includes a fake fingerprint scan prank to fool the snoopers. This security lock app also comes with well designed themes to change the colors and look of the app.

A very good and reliable fingerprint lock screen app to enhance the security of your android smartphone or tablet. This fingerprint screen lock app can lock any application on your phone or can lock your entire phone. The fingerprint lock for this app only works with phones having Android 6.0 Marshmallow and having fingerprint sensor hardware. 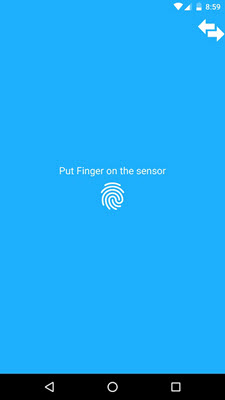 The various locking mechanism include fingerprint sensor lock, password lock / pin lock and pattern lock for each app. It also comes with fake crash screen functionality to fool the intruders who try to gain access to your phone or apps. This app is very lightweight and it does not drain your smartphone’s battery.

Perfect AppLock is highly rated and downloaded lock app on Google Play. The various locking methods include pin lock, pattern lock and gesture lock. Using Perfect AppLock you can lock any apps, home screen, incoming calls, wi-fi or anything on your phone. The rotation lock feature prevents unwanted screen rotation on each apps in your android smartphone.

This app uses less resources and you can download and use it for free. There is also a pro version of this app in which you will get no annoying ads.