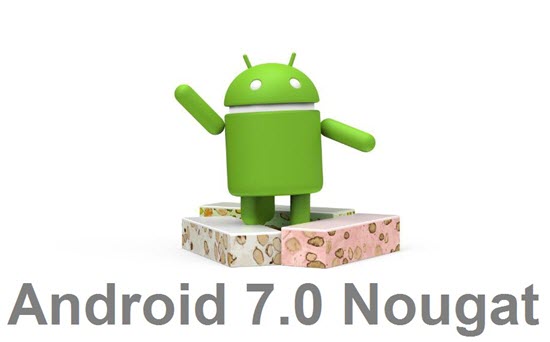 Currently Android 6.0 or Android Marshmallow is the latest officially running Android OS and is found in some of the mid-range and high-end Smartphones. But there are quite a few new android phones out there that are still running Android 5.0 Kitkat and have not been updated to Android 6.0 Marshmallow. Android is known for having names based on dessert and this one i.e. Android Nougat is no exception.

There were many new features included in the currently running Android 6.0 or Android Marshmallow including doze, contextual assistant, usb type c support, app standby, midi support, hotspot 2.0 and more. Now with announcement of Android Nougat all these features will be tweaked for more functionality, performance along with the addition of many more features.

Android Nougat or Android 7 comes with many improvements and features that can really improve the performance and enhance user experience. Here are some of the new features and enhancements in the upcoming Android 7.0 Nougat operating system.

Android Nougat says no to bloatware and you will not find any unnecessary apps installed on it. Bloatwares are unwanted softwares that consumes lot of resources i.e. cpu, memory, disk space and slows down your operating system to considerable extent. So with the absence of any bloatware Android Nougat will have better performance than its previous versions.

Android Nougat introduces a new multitasking feature which is the support for multiple windows on single screen. This allows you to work on two apps simultaneously on your mobile screen. The apps can be placed side by side or one above the other in splitscreen mode. You can also resize the apps window according to your needs.

For Android TV users a new addition is the Picture-in-Picture (PIP) multiple window feature allows you to watch TV and work on multiple apps at the same time on the single screen. The video is resized to smaller size and is placed on the top corner of your android TV device while other apps runs along with it in the background.

Doze on the Go

Doze feature was first introduced in the Android 6.0 Marshmallow where all the CPU and Network activities are halted and put into sleep state when the phone is unplugged, stationery and the screen is off. The phone comes back to power when it is moved, plugged in or the screen is turned On. Doze is power saving or battery saving feature that was added to Android 6 Marshmallow, but in the Android Nougat this feature is extended to further level.

The Doze functionality is tweaked and enhanced in the latest Android Nougat where the phone can enter the Doze state even when it is moving or is not stationary. This means  that when your phones is in your pocket then also it can switches to Doze state. This is known as Doze on the Go in Android Nougat.

Android Nougat has improved the way notifications are delivered on your mobile phone. Also it brings various enhancements to the notification area. Now all the similar notifications will be bundled or grouped into one so to avoid any clutter. Also you can directly reply to the messages in the notifications interface which is very handy and time saving feature. 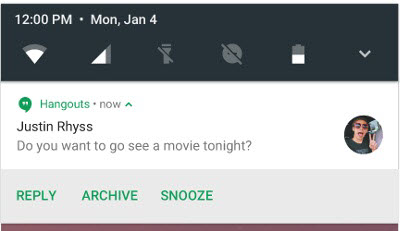 Android Nougat comes with new Data Saver mode which reduces your data usage to a considerable extent. You can specify the data usage settings for apps or completely block the background data usage by applications. It is a very handy feature that can save you data cost and usage without installing any third party applications for controlling data usage functions. This is really one of the best features in the Android 7.0 Nougat. 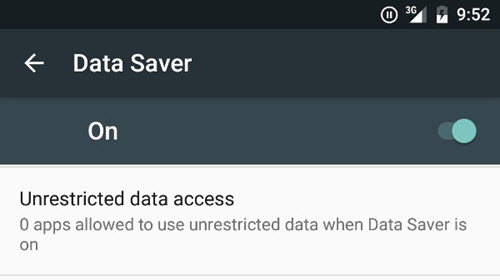 Android Nougat will allow you to run apps without installing them from Google Play.  Here you just have to click on the app icon and it will run on your phone. If you like the app functionality and interface then you can install it on your android phone and if you do not like it then you can look for another app having the same functionality on Google Play. Also it gets Seamless updates where the updates will be able to install in the background and run with only a reboot. Also even the largest of apps can now install very fast in Android Nougat in a matter of seconds.

Android Nougat comes with Night Mode to reduce eye strain during night. When activated it can automatically switch to darker theme and can adjust the tint to yellow if blue is making you unpleasant. 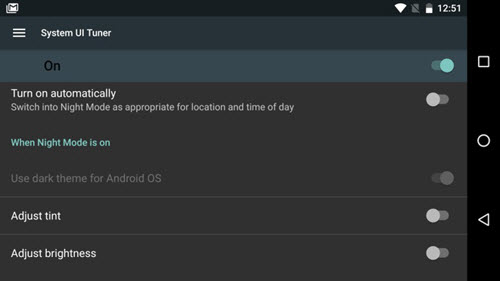 What Phones will get Android Nougat?