Processors have become more powerful than ever and now some of them come with integrated graphics chipset or GPU built-in in them. This means you get multiple things i.e. CPU and GPU at the price of one processor. Processors with integrated GPU offers excellent value for money deal for users who wants both a good CPU and a decent Graphics / GPU on which you can enjoy some low to mid end gaming. So here in this article I will list down the best CPU’s from AMD with powerful Integrated Graphics.

When it comes to integrated graphics performance nothing can beat AMD line of Accelerated Processing Unit (APU) processors. AMD APU’s Graphics is powered by Radeon, which we all know is one of the top names in graphics card or graphics processing unit (GPU). 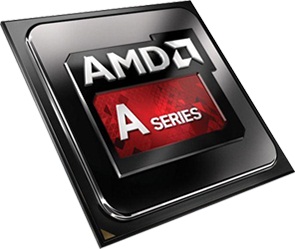 Top of the line processor from AMD APU series. It is a quad-core processor and a real powerhouse that has capability to run latest games on low-medium settings on decent resolution. It can run older games at medium-high settings with good frame rates. Here are the specifications of AMD A10-7870K Godavari processor.

Which Games you can Play on these AMD A10 APU Processors?

Both these Quad-core processors have very powerful GPU and are powerful enough to run older games comfortably but for latest & modern demanding games you have to compromise on graphics settings and set it to low-medium.