WiFi Range is a common problem in homes and offices for many users. Even you have a good Wireless Router or WiFi Modem then also you may face issues related to wireless coverage especially in big and multistory homes or buildings. Also thick walls and obstacles can also worsen this problem resulting in poor Wi-Fi Internet range in your house or building.

So how to increase your WiFi range in your house or building? Well the answer to this question is by using WiFi Range Extenders. WiFi Range Extenders or WiFi Repeaters are devices that can improve the strength and coverage of the existing wireless signal of your Wifi router or modem. These devices are also called WiFi Boosters or simply WiFi Extender.

A WiFi Range Extender receives the WiFi signal from a Router / Modem and then repeats or transmits the signal using powerful amplifiers and antennas. WiFi Range Extender or WiFi Booster eliminates the problem of dead zones and increases the WiFi coverage area in your home or office. This device only amplifies the current signal and does not alter it. It is a must have device for people facing low WiFi internet strength in their area. The device is simple to use and it is very effective in increasing WiFi range in your area.

Here are best Wireless Range Extenders to increase the wireless range in your area. All these below mentioned WiFi Range Extenders support WPA/WPA2-PSK and WEP Security standards. Also all them requires wall power socket for easy plug and play operation.

TP-Link TL-WA850RE is the most popular and affordable WiFi Range Extenders available in the market today. Its maximum WiFi speed is 300Mbps which is more than enough for home and office use. It is a Universal WiFi range extender because it works with almost all WiFi Modems and WiFi Routers. It is very small in size and you can plug it in any wall socket to being working.  It is a single band wifi router that operates at 2.4GHz and works very well and has good Wifi coverage or range. 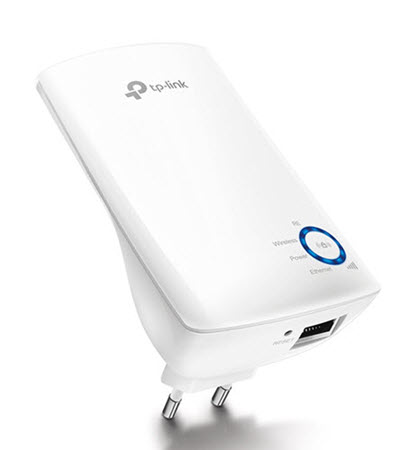 This Wi-Fi Range Extender is also very easy to connect with any wireless router or modem. There are two connectivity options available: one is the traditional way by hooking it to the LAN and configure it using its software / firmware and the second is the most easiest way which is by using the WPS button in your Router / Modem. There is also an Ethernet/ LAN port which can be used to connect devices that don’t have WiFi hardware. It comes with its own Tether App for Android and iOS devices. Using this App you can manage the various features including the LED’s Control function’s Night Mode of this WiFi Range Extender from your Smartphone or Tablet.

A nice WiFi range extender from Netgear that does what it says. The device is compact in size and has two external antennas for better coverage. It is also compatible with all wifi devices and routers. This is a 300Mbps WiFi Range Extender and is very to install. It operates at 2.4GHz frequency and comes with a RJ45 or LAN for connecting devices like Blu-ray player, game consoles, smart TV etc. Like the above Tenda device it can also be connected using WPS and using Ethernet cable. Overall a good device to extend your WiFi Range in your area. 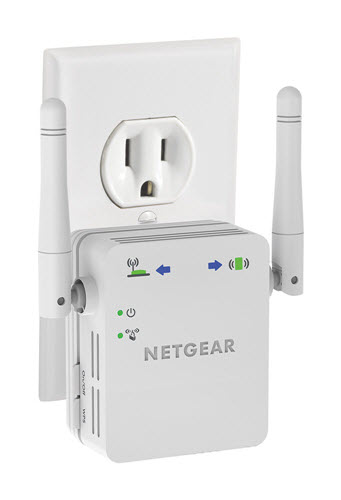 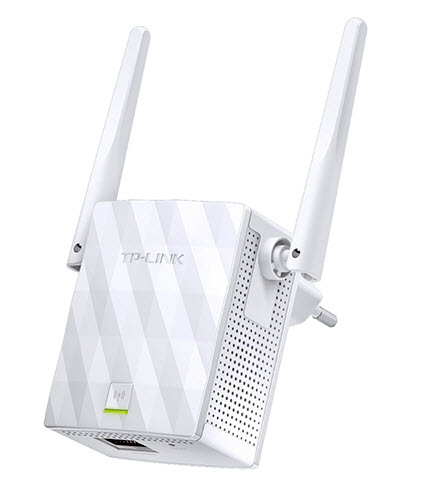 TP-Link TL-WA855RE support the AP or Access Point Mode using which you can create new Wi-Fi Access point.  It is really a power wifi range extender and its features include LAN port, Tether App support, and power saving feature. If you are looking for high power wireless range extender then you cannot go wrong with this one.

Netgear AC1200 EX6120-100 is a high power Dual Band WiFi Range Extender from Netgear. Being a high power range extender its size is still compact. The maximum speed supported by Netgear AC1200 is 1200Mbps and it works with any WiFi Router or Modem. It operates at 2.4GHz and 5GHz frequency bands. 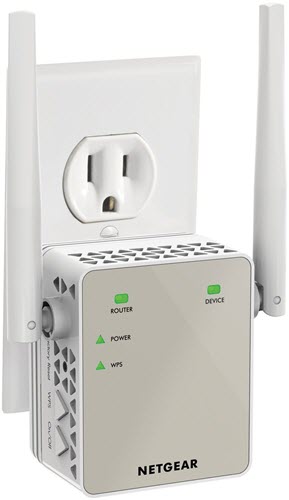 The range or coverage of this WiFi Booster is excellent and it comes with two external antennas. It also features an AP mode to create a new Wifi connection. Other features include LAN port and FastLane Technology for providing blistering speed for HD Gaming and Video Streaming. It is a bit more expensive than the other WiFi Range Extenders mentioned here but if you want sheer performance and excellent coverage then look no further.

Have Queries? Then Ask