A spike buster or spike guard is a device that has multiple power sockets and is used to protect your electronic and electrical devices from voltage spikes or surges. It is most commonly used with computers, printers and other electrical devices that are sensitive to voltage spikes and high current. It is also used an extension device where you have only power socket and multiple devices to connect. It is also called as Power Strip.

A Spike Buster or Spike Guard usually consists of a surge protection circuit (consisting of varistors) and a fuse which blows off when the excessive current passes through it. Here in this post I will tell you on how to find a good spike guard and list some of the best spike busters that you can buy for your computer and other electronic gadgets.

How to Find a Good Spike Guard or Power Strip

Here are various important things that you should look for when choosing a spike buster or power strip.

Number of Power Sockets – Spike Guards or Power strips comes with different number of power sockets or power outlets. Some comes with 3 sockets, some with 6 and some have 8 power sockets. So buy it according to your requirements as spike busters with more power sockets are expensive than the fewer ones.

USB Charging Ports – This is optional but if you want a spike guard that charges your phone without any adapter then you can look for a power strip with inbuilt USB charging ports.

Switches – A spike guard may have one master switch for all sockets or individual switches for each power sockets. You can choose any one of them according to your needs or requirements.

Brand or Company – A cheap unbranded spike guard can do more harm than good. Always buy a branded spike guard because it will provide your devices unmatched protection and also lasts longer. Some good brands of spike guard are Goldmedal, Gavik/Tukzer, GM, Belkin, Artis.

Here are the best branded spike guards that you can buy for your computer or other electrical & electronic devices in India.

GM is a very good brand that is known for making high quality electrical switches, spike guards, plug tops, power sockets etc. Here from GM we have GM E-Book 4+1 Power Strip or Spike Guard. It has four high quality international power sockets that can fit any kind of power connector. Below are the major specifications of this spike buster. 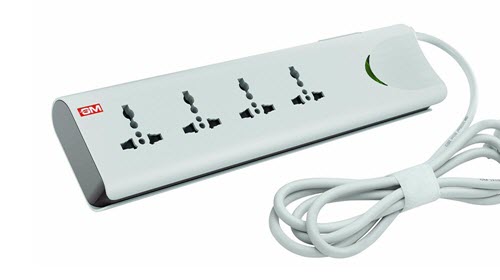 Goldmedal is an Indian company that manufactures high quality electrical switches, cords, spike guards and more. In fact it is my favorite company when it comes to spike guards and power strips. Here we have Goldmedal Essenza 4 X 4 Power Strip with USB. This spike guard or power strip has three power sockets and two USB charging ports. All the power sockets including USB ports have individual ON/OFF switch which comes in very handy when you have to turn On or Off individual devices. The USB charging ports have total output of 5V, 2.1A which is enough to charge any Smartphone or Tablet. Highly Recommended USB Charging Spike Guard.

It is a high quality Spike Guard from Goldmedal that has fancy blue LED lights on both the sides. The Spike Guard looks beautiful with its edges glowing in blue color. It has six international power sockets, one master switch, one reset switch and led indicators. I personally have this spike guard for my computer and laptop and it is amazing. Highly Recommended by me. 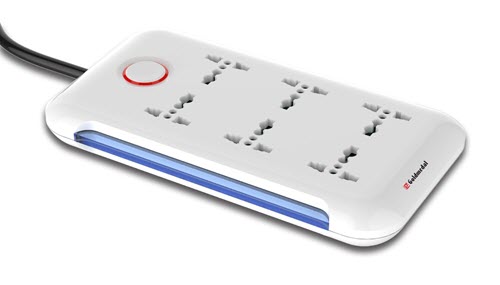 A six power socket spike guard from the reliable company GM. It has got one master switch, surge protector, reset switch, thermal trip. A very high quality spike buster that can support maximum load of 10A. 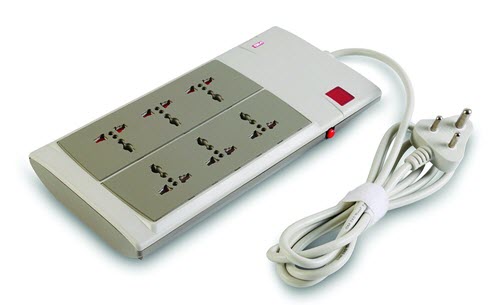 Gavik or Tukzer is also good brand for spike guards or power strips. Here from Gavik we have Gavik/Tukzer 8 Way + 2 USB Port Spike Guard. It has 8 power sockets and 2 USB ports for charging for mobiles phones and tablets. The build quality of the spike guard is solid and the performance is great. So if you have to many connect more than six devices then this is one spike guard to look for. 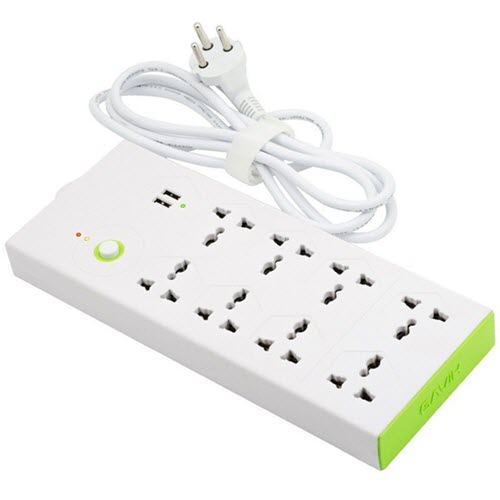 Another high quality spike guard from GM. It has seven power sockets and 2 USB ports for charging your mobile devices. The output of the USB port is 500mA which is tad low and it will take longer to charge your mid-sized smartphone. But like all GM products it is very efficient and performs to your expectations. 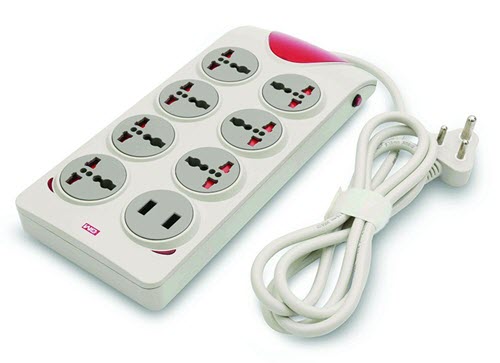 Another very reliable Spike Guard from Goldmedal that has unique 360 degree design to save space. It is round in shape and contains 6 international power sockets. Protection features and quality remains the same as with other Goldmedal products. 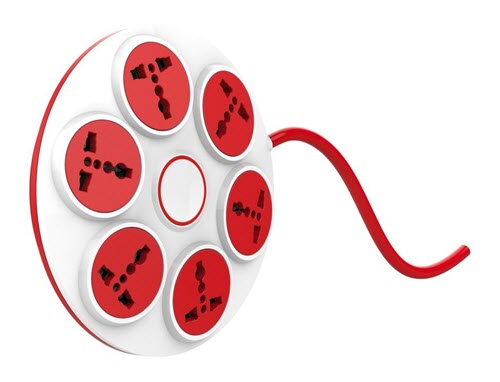 It is a four power sockets power strip from Goldmedal that has individual ON/OFF switches. Suitable for computers, laptops, video games etc.

For any Queries Ask me

If you have any queries or doubts on which spike guard to buy then you can ask me by leaving a comment below.