Home  »  Mobiles   »   How to Prevent your Android Smartphone from Overheating

Nowadays Android Smartphones have become much faster and cheaper than before. The advancement in technology results in smaller, faster hardware and the software has also become more powerful and feature rich too. But all these advancements in the technology have given rise to serious problem in most of the smartphones, which is of overheating. It is obvious for today’s smartphones to generate more heat as compared to the basic phones that we previously had. The heating happens because of the amount of processing they perform with their latest fast hardware. But there is also a limit to the extent of generation of heat, otherwise it is said to be overheating which is very dangerous. 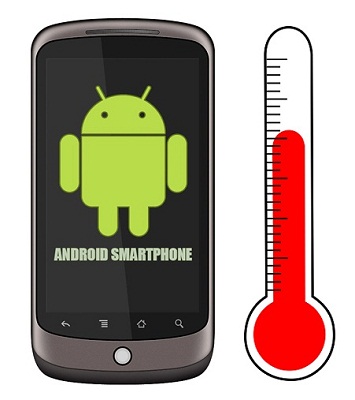 Overheating has become a serious issue especially in android smartphones. Now most of the smartphones are prone to this problem, and it also possesses a serious risk to safety of the customers or users, as I have seen some smartphones exploding and getting burnt because of excessive heating.

What causes Overheating of Android Smartphones?

Here are some major reasons that can cause overheating of your android smartphone or any smartphone.

Many people keep their Smartphones in plastic or rubber cases for protection. These cases covers all the back side of your Smartphone and this can cause less heat dissipation from the backside where the battery is located. This can lead to battery to become hotter as rubber and plastic are bad conductors of heat.

A faulty battery can also cause too much heating of your smartphone and it may explode or get burn in some cases.

Besides battery other faulty hardware components (cpu, motherboard etc.) may also increase the temperature of your smartphone to great levels.

Bugs and improper coding of OS / Firmware or any other third party installed app can also cause heating of your android smartphone to dangerous levels.

Viruses can cause overheating by using or consuming more CPU resources. Heavy CPU usage can result in increase of the temperature of your phone.

Solutions to Fix Overheating of your Android Smartphone

Here are some things that you can follow if your android smartphone is getting too hot.

Get Rid of Covers & Cases

The first thing is to do is to get rid of any cheap plastic or rubber protective covers or cases (not the flip cover) that you put on your phone. This will allow greater heat dissipation and can lead to decrease in temperature of your phone. 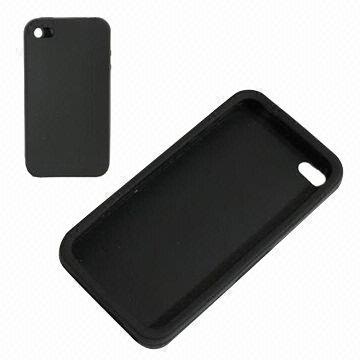 Always use the recommended branded charger for charging your Smartphone. Cheap, Local and Unbranded charger can damage your battery which can further increase the temperature of your phone.

Third party apps that you install can cause significant heating of your phone if they are not coded properly and tested. You can monitor your app activity by using Task Manager for Android and then see which app is taking or consuming too much CPU. After that uninstall that CPU intensive app and your phone temperature and battery backup will return to normal again.

Resetting your phone to factory settings might help in some cases especially when some annoying buggy app leaves some traces behind it and changes the phone settings or your phone OS gets corrupted with some viruses.

If there is a problem with the firmware or OS then you can upgrade your phone to the latest firmware or OS software update released by your phone manufacturer, as I have told you before also that improper & inefficient coding of software can also cause huge rise in the temperature of your Smartphone.

If none of the above mentioned things works for you then it might be manufacturing or hardware problem. In this case you should try to get a new replacement for your phone from the company stating your problems to them.