Internal Hard Disk is one of the most important parts of your computer. It is the place where your computer operating system resides and you can store all your data on it. A good and reliable hard disk is an essential requirement if you want performance and safety of your data, because if your hard disk ever crashes then you will lost all of your precious data and its recovery is also not guaranteed. If you are a hardcore gamer or a performance enthusiast then your hard drive should be fast enough to cope up with the speed of your high end processor, graphics card and memory. 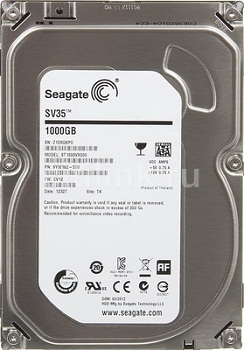 There are plenty of hard disks available in the market, each one having different capacity, configuration and features. So here in this post I will guide you on how to choose a good hard disk for your PC. These tips can also be extended to laptop.

HDD or SSD (Which One to Choose?)

There are two types of hard disks available in the market, one is the traditional Hard Disk Drive (HDD) and other is the Solid State Drive (SSD). Traditional hard disks are known as HDD in which there are mechanical or moving parts such as magnetic disk, motor, spindle etc, but in SSD there are no mechanical components and the data is stored in Flash based Memories or Integrated Circuits (IC). 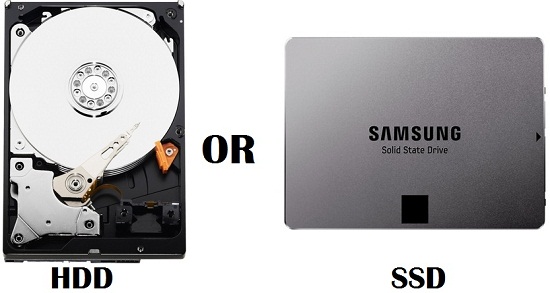 Solid State Drives are expensive but delivers far better performance than traditional hard disks. So if you are a hardcore gamer or want maximum speed & performance and have a good budget then you have to get yourself a SSD. For other users who do not have lot of money to spend but want a good hard disk for normal work and average gaming then they should stick with the fast performing SATA Hard Disks.

Factors to consider when getting an Internal Hard Disk

Here are the major factors to consider or to keep in mind when getting a internal Hard Disk for your PC.

For most of the work hard drives of capacity 1 TB is more than sufficient for gaming and other office & multimedia work, but if you are going to store High Definition (HD) videos or play High End games that requires 50 GB for their installation then you can go higher and opt for hard disks in capacity of 2 TB, 4 TB or higher.

Today all the Hard Drives comes with SATA (Serial ATA) interface. In SATA also there are three types of versions or revisions that offer different bandwidth or speed.

Note: Here Gb/s or Gbps refers to Gigabits per second

For maximum performance I would advise you to get a SATA 3 (SATA 6 Gbps) Hard Disk as it offers relatively better performance and much higher bandwidth than older SATA Hard Disks. Here also one thing that you should keep in mind that can only enjoy the full performance of SATA 3 Hard disk only when your motherboard has SATA 3 capability, otherwise you will get reduced performance if you put a SATA 3 Hard drive in SATA 2 or SATA 1 slot or socket.

Note: All SATA Revisions or Interfaces are backward compatible.

For HDD I would recommend Seagate and Western Digital and for SSD Samsung, ADATA, Transcend and Intel are good. Also try to look for hard disks with 5 year warranty.

Hard Disks can get hot in summer and also due to continuous heavy operation or usage, so here below is a useful post on reducing the temperature of your hard disk and keeping it to the safe level.