A computer internal storage device i.e. a hard disk is one of the most important parts of your computer. Hard disk or Hard drive is device where operating system files & programs resides and you store all your data on it. Over the few years storage capacities of hard disks have increased to a great extent and now we can have hard disks of storage capacities to up to 8 TB or more. Also with the advancement of technology hard drives have become faster in speed and presently there are different types of technologies used in making a hard drive.

Today there are mainly three types of hard drives available in the market and they are:

HDD or Hard disk drive is the most common and oldest hard drive technology in the world. In this technology the data is stored on magnetic coated rotating disks called platters and a head floats on its surface for reading and writing data. HDD consists of moving mechanical parts which produces considerable amount of heat and noise. HDD’s are available in capacities ranging from 500 GB to 4TB (commercially available). The performance of a HDD drive is lower as compared to SSD and SSHD hard drives. HDD’s are also much cheaper as compared to SSD and SSHD. Next I will discuss about the SSD hard drives which are the best performing hard drives in the world. 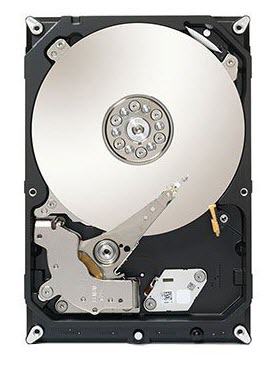 SSD or Solid State Drive is a hard drive which stores data on Integrated Circuits (IC’s) or Flash Memory chips. These drives do not have any moving parts and they are silent in operation. They also produce way less heat as compared to HDD and SSHD. Performance of a SSD is much greater as compared to HDD and SSHD but they are very expensive when compared with the two. SSD generally comes with less storage capacity and the maximum capacity you can find is up to 500 GB (commercially available). A SSD drive is smaller in size and lighter in weight as compared to both HDD and SSHD drive. Also a SSD is very durable and has better resistance to shocks as there are no moving parts involved in it because all the data is stored on flash memory chips. 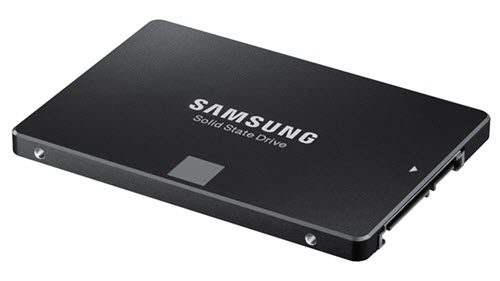 Almost all Solid State Drives available in the market are based on NAND Flash Memory. This type of memory you can commonly see in the pen drives. SSD have much faster Read / Write speeds which results in increased performance of your PC or Laptop. So if you want pure performance then you should buy a SSD for your computer and install your operating system on it. But if you also need large storage capacity then you can install both SSD and HDD in your computer and use SSD as system drive that has OS on it and HDD for storing bulk of data.

What is SSHD or Solid State Hybrid Drive?

SSHD or Solid State Hybrid Drive is a relatively newer hard drive technology. It is a hybrid drive technology that consist of features from both HDD and SSD technology. A SSHD has both SSD and HDD drive built into it. The SSD part acts as a Cache and stores the most frequently used files i.e. operating system and program files while the other part which is a traditional HDD is to store huge amount of data. SSHD comes with their own caching algorithm which tries its best to keep the operating system files and program files on the flash memory for faster access and to increase the performance of your computer. 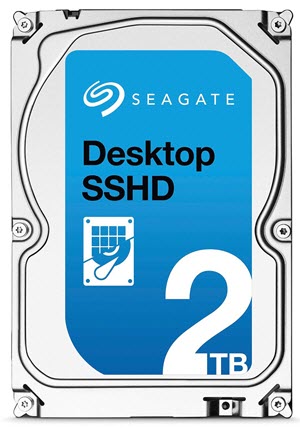 SSD part or circuitry in SSHD contains the NAND flash memory and controller. The sixe of NAND flash memory in SSHD that acts as cache can be 8 GB, 16 GB, and 24 GB to maximum of 128 GB depending upon the SSHD manufacturer and price of the storage device. 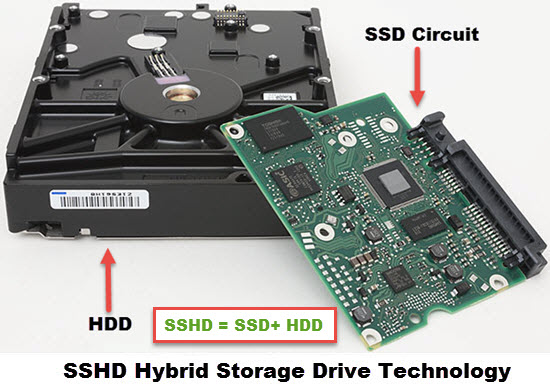 Solid State Hybrid Drive is considerably faster than HDD but is slower than SSD. It is also not very expensive and can fit easily in your budget. Storage Capacity in SSHD ranges to up to 2TB (can be more also). So if you are tight on budget but want a fast performing drive that can enhance the performance of your computer then SSHD is the right choice for you.

Must Read: How to Expand Laptop Storage using OBHD

Advantage of SSHD over HDD

The main advantage of SSHD over HDD is that it is considerably faster than HDD both in reading and writing of data. Also SSHD is comparatively less noisy and generates less heat as compared to a HDD.

Advantage of SSHD over SSD

SSHD is much cheaper as compared to SSD. You can get a 1 TB SSHD for the price of 120 GB SSD. So it is way less expensive than SSD if we compare the storage capacities of the two.

Disadvantages of SSHD over SSD

SSHD vs. SSD vs. HDD Comparison

Here is comparison between HDD, SSD and SSHD hard drives based on various factors and their characteristics.

At the end I would like to say that if you are looking for pure performance then get a SSD, but if you want both performance & high storage capacity and are low on budget then SSHD is the best option for you.