Home  »  Internet   »   What is PageRank and List of PageRank Checking Tools

PageRank (PR) is a term that you must have heard many times when somebody talks about Search Engine Optimization (SEO). PageRank is the Google way of ranking websites on the internet. It is a ranking metric invented by the Google thus it is also known as Google PageRank .It assesses or evaluates the popularity of the website on the internet. In earlier days we rely on Alexa Rank to know about the website popularity or its traffic estimations, but alexa rank has many flaws and it can be manipulated very easily. PageRank evaluates websites quality on many important factors and it is a more foolproof and reliable way to rank websites. 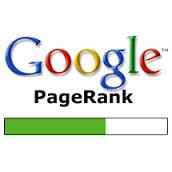 How PageRank is Calculated

PageRank is calculated by using PageRank Algorithm. It is not easy to calculate pagerank for anyone as it is rather very complex procedure. Google releases PageRank updates time to time which then increases or decreases the PageRank of any website based on the calculation performed by the PageRank Algorithm on the site’s current state. Google PageRank update is performed time to time and they are often released in a period of roughly 3 – 4 months of time.

PageRank of a site is given in numbers in the scale from 0 to 10. The higher the number the better is its PageRank and Popularity on the Internet. The website with number zero has no pageank at all. PageRank also plays an important in serps ranking. The website with higher pagerank tends to rank higher for a particular keyword as compared to the other sites in the competition with lower pagerank. So always try to increase your site’s PageRank to get better rankings in Google.

How to Improve PageRank

You can improve your pagerank by increasing your backlinks from high PR sites. The links should be dofollow as they the passes their link juice to your website and helps in increasing the pagerank of your site. Also it should be noted that do not overdo or increase your aggressively as it may raise a flag and your website can be penalized by the Google, so the link building process should be done moderately so that it should look natural in the eyes of Google.

How to Check PageRank

PageRank can be checked easily by some of the pagerank checking tools available on the internet. Here I am listing down the mostly used and working pagerank tools that can be used to find out PageRank of your website or Blog.

PageRank Checkers to Calculate PageRank of your Site