I have been asked many times by my blog readers that whether they should use a single large stick of RAM or multiple RAM sticks (mostly two) to run in dual channel mode. So I have decided to write a post on this issue and clear the doubts of my blog readers on which RAM configuration they should choose and which one is best for them.

What is Dual Channel Memory Mode?

In dual channel memory mode the bandwidth between the RAM and Memory controller is doubled. In dual channel mode the memory controller on the motherboard utilizes two different 64-bit channels for communication with RAM. This leads to total bandwidth of 128 bits to move data from RAM to the CPU. This eliminates the problem of bottleneck where a higher FSB (Front Side Bus) CPU is left with nothing to do so as the single channel memory is busy with reading or writing the data. 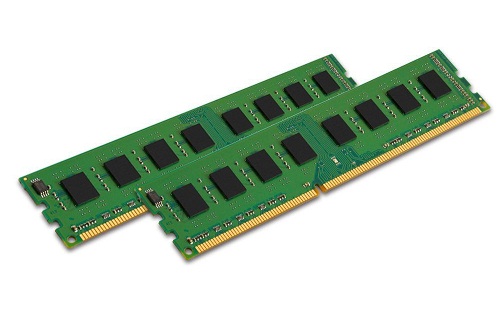 So when the memory is operating in dual channel model then one channel is used to handle the reading and writing of data and other channel is used for loading, refreshing, and housekeeping functions. Here we can say that there is a simultaneous two way parallel communication between the memory controller and RAM. This leads to increase in overall performance of the system.

It must be noted that dual channel architecture is a motherboard feature or technology and is independent of RAM types. You can run any two identical types of RAM in dual channel mode. All Memory types i.e. DDR, DDR2, DDR3  RAM supports dual channel memory mode.

To run memory in dual channel mode the two RAM should of same capacity, make and speed (not necessary but preferred to avoid issues). Dual Channel works in pairs i.e. 2, 4, 6 etc.

A motherboard supporting dual channel memory configuration has its memory slots color coded to indicate that you should put memory of same type in the slots with same color to run or use them in dual channel mode. 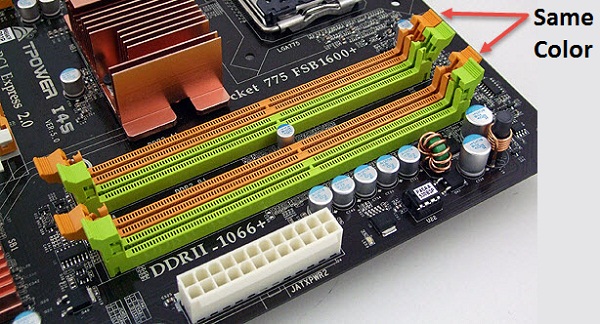 Some modern day Processors like i7 can support triple channel and quad channel memory configuration. Also Modern CPUs like Intel i3, i5 & i7 has memory controller integrated in them which leads to faster access of data and it also helps in reducing memory latency.

Which Channel Configuration to go for?

Here I tell you which memory configuration is best for you, whether it is single channel or dual channel?

For Normal Work – If you are building a PC for normal day to day office work, watching movies, casual gaming, internet surfing & browsing then you should go for single channel memory configuration only.

For Gaming & Performance PCs – For Gaming and high end PCs I would suggest you to go for Dual channel or Quad channel memory configuration to get maximum performance.

For Future RAM Upgrade – If your motherboard has got only two RAM slots then I would advise you to get a single large stick of RAM in single channel configuration only. This is because it will be easier and cost effective for you to upgrade RAM in near future.

If you have any doubts on dual channel mode then you can ask me by leaving a comment below.