Windows task manager is an inbuilt tool for windows for tracking and monitoring running processes in Windows Operating System but it lacks many advanced features. But there is a third party tool called Process Explorer that has everything which Windows Task Manager lacks. The good thing about this software is that it is from Microsoft only. Process Explorer is a freeware developed by Sysinternals, which was later acquired by Microsoft Corporation, thus also known as Microsoft Process Explorer.

What is Process Explorer

Process Explorer is a system monitoring application that displays running processes in an intuitive tree format that includes process names, program icons and other data such as description, image, and processor time. It is also a great tool to track down system problems. You can easily identify a process and the resources a particular process is holding. You can also identify the illegal processes running on your system, which sometimes are highlighted in red color. This tool/utility is also very useful in identifying spywares that’s runs as some process in the background. You can kill, delete and can find the location of any process by using process explorer. 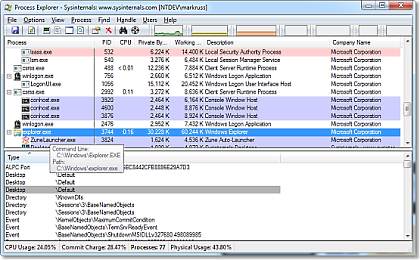 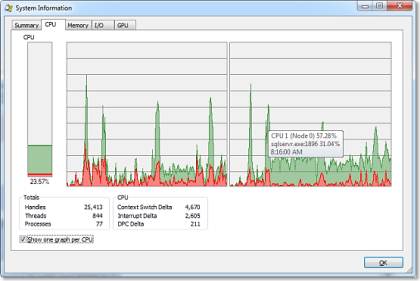